What started out in 1938 as a small gathering for weekly prayer meetings eventually became East Soddy Church of God and later Christ Family Church.

As work and schedules permitted, people in the community known as East Soddy, would meet at the home of Wesley Barfield for prayer and fellowship. As the news spread in the community about the blessings that were being received and the presence of God being felt at Mr. Barfield’s house, the attendance at the meetings increased. Eventually, a brush arbor was built as the hunger for the Word grew among the community.

The rural community was made up mostly of farmers and coal miners that walked or traveled by horse and wagon to attend worship services. At this time there was not an organized church in the immediate area, but due to the growth of the brush arbor meetings it was decided to build a small community church.

Sometime during the early 1940s, a permanent structure was erected. Men from the community built the church themselves; Clarence Duggan and his dad, Wesley Barfield, Jess Billingsly, Sherd Hankins, and Jack Penney all helped in the construction. Not long afterwards the congregation, through prayer and seeking wisdom from God, decided to request official organization as a Pentecostal church. The Church of God headquarters in Cleveland, Tennessee was approached and the community brush arbor became the East Soddy Church of God. If it had not been for members, like George and Myrtle Settles, the church may not have existed; they were the primary driving force behind the growth of East Soddy.

The “little white church”, as it was fondly referred to today by the older members, was home to East Soddy Church of God for approximately 25 years. In the early 1960s, the church was in need of a bigger and more modern structure. Land was purchased, just a few yards away from the original church, and construction of a new building soon began.

Once again, it was the men of the church that built the structure. Working on weekends and in the afternoons, it didn’t take long for the building to take shape. The church was designed in the shape of a cross and it would have all the modern comforts. The floors were carpeted, it had indoor plumbing, central heat/air, eight Sunday School rooms, and a baby grand piano. This was the answer to many prayers for the members of East Soddy.

Finally, in 1966, the East Soddy Church of God opened its doors for the first service in the new church. A few years later, the men built the adjacent parsonage and organized the cemetery.  The church was located on what is today Clift Mill Rd, just off O’Sage Dr.

Several men have pastored at East Soddy Church of God, beginning with Jim Uren. The one that pastored the longest was Lewis Hickman; he began in September 1959 and left in May 1988. After two short-term pastors, the Church of God Headquarters appointed C.L. Harbin as an interim pastor and it was through his commitment, dedication and belief in God and the members of East Soddy, the church was able to begin new growth — a much needed spiritual growth. His love and concern for East Soddy gave the members strength and encouragement.

In November 1990, the present pastor, Calvin Nunley, took over the reins of the church and has continued leading the congregation.  Through his efforts the church experienced growth to the extent that they outgrew the facilities.  Land was purchased at 12070 Dayton Pike (just north of its intersection with O’Sage Dr) and the process of building a new church began.  The decision was also made to change the name to reflect the mission of the church, and so “Christ Family Church” came into existence.

In August 2005, the first service was held.  The congregation quickly grew to exceed the capacity of the new facilities.  An educational wing was added.  Shortly thereafter the sanctuary had to be expanded and some much needed enhancements were made.  The church as it stands today was re-opened in 2013.

Excerpt from The Person and Work of The Holy Spirit by R. A. Torrey 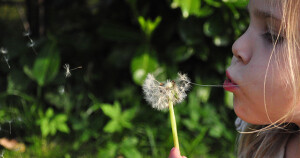 Excerpt from Lord, Teach Us To Pray, by Andrew Murray 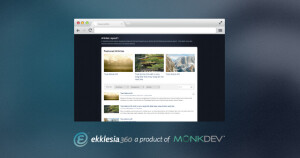